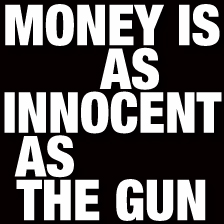 The rain wasn’t stopping. Mice nestled amongst the shredded pages behind the skirting board feeling the vibrations of the rain drops against the exterior wall. The falling water was occasionally whipped by the wind and slapped against the wall, and so the mice lifted up their noses to the air with a vigilant twitching. There was a smell that had pricked their caution buds, but it was coming from behind the interior wall, where a silence had been slapped against the worn wall paper. The mice were at the ready to flee, not to any where of particular safety, they were mice, just away from that smell and that silence. The silence had such a force, as it was at the end of a sentence that meant good bye. This had drilled through the bodies of the room’s inhabitants and produced such a smell that would have agitated any creature that relied on it’s nose to survive. The sound of tiny feet running to the closing door scuppered the silence and then tiny hands spilled on to a closed door; and then, a sound came from a tiny mouth that froze the mice and pushed the other inhabitant of the room’s heart up into his barbed wired throat. The frantic little hands worked on the gap between the door and the door frame like she had been buried alive. All the time crying out for her Mammy as if she there listening behind the door at the same time as not being there. Just hiding and disappeared. Soon her cries turned to bewildered screeches and the three blind mice ran for their lives. Her Daddy’s arms where around her trying to turn her toward him. She wriggled and kicked and pushed her fingers into his face and tore her little voice on a rasping ricochet of Nos. He could feel her little heart breaking ..bum bum ..